It’s been such a strategic and busy time in the month of May. Three weeks of travels to 3 nations; England, Switzerland and France were beautiful and strategic.

The Lord opened the door for me to minister in England for 11 days, which was a very strategic and  fruitful time. Karen Gower and Amanda Harris (good friends and the directors of “Your people my People” ministry) hosted me during this time. It has been a real blessing and privilege to minister in the nation: to teach and speak in different conferences, church meetings, and one college. Needless to say this included lots of driving and travel. Much happened during these days as I ended my time in the nation with a strategic prophetic act in Norwich city (in partnership with the house of prayer director, Jill Gower).

The Lord showed me vision before I left for England. I asked Him “How will You establish Your throne of Glory over the UK?” He responded by showing me a vision. I saw over each country forming the United Kingdom the faces of the four creatures in the throne:

Then the calf (Ireland) looked like it was behind a cage and as the sound of roar reached the cage, the gate broke open and the calf was released and began to run.

Then the man (Scotland) looked like he his feet were bound, and when the sound of the roar touched his feet it broke the chains and the man was loosed and began to move his feet and danced over the nation! 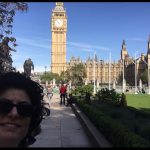 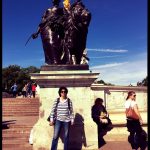 I felt that as England will arise with its authority as a lion, and release the sound of worship and praise like never before, a new sound would be released in the land. The Lion of the Tribe of Judah will roar in response over the U.K. and the deliverance and victory will manifest in the rising of the identity of these nations, for His throne of glory to be established. There is an alignment that is coming over the nation. The sound of the pride of lions will set things on course and in a new order.

My time in Switzerland was strategic falling during Shavout (Pentecost). I was hosted by our dear friends, an amazing father and mother in Europe, Geri & Lilo Keller. It was such an honor to walk the land with them and pray at strategic wells of revival where God had previously visited. Stepping in the places where God moved and to come into agreement with His heart on what He wants to release once again was amazing. Greater glory is being marked, as this year is the 500 year anniversary for the church reformation. 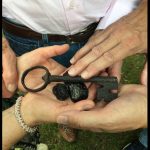 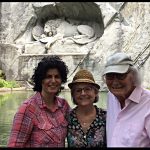 The last part of the trip ended in Southern France where Ray and Renaid Almgren, a French pastor, and I traveled to Cevennes region where the Huguenots prophetic movement was birthed. We were hosted by Henning whom I met in Norway 2 years ago. He is running the YWAM base in that region. We visit the “desert” museum for the Huguenots. This is a very moving and sobering place. To realize the level of persecution yet perseverance that they endured for their faith during the time period of the church reformation, was beyond words.

On the day of Pentecost we went to the location where Antonio Court declared that churches weren’t any longer allowed to welcome the movement of the Holy Spirit not the utterances of prophesy. On that day we went to that location and prayed to reverse the decree made and welcomed the Holy Spirit back into France, asking the Lord for another fresh outpouring of His Spirit over the region and for France to arise again to become a prophetic voice to the nations. Afterwards we traveled up to the Cevennes mountains. This was a 3KM walk. We continued our climb to a high place called “The Eagles Rock”. There we prayed for the rising of the eagles in France and the nations. 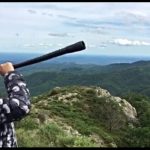