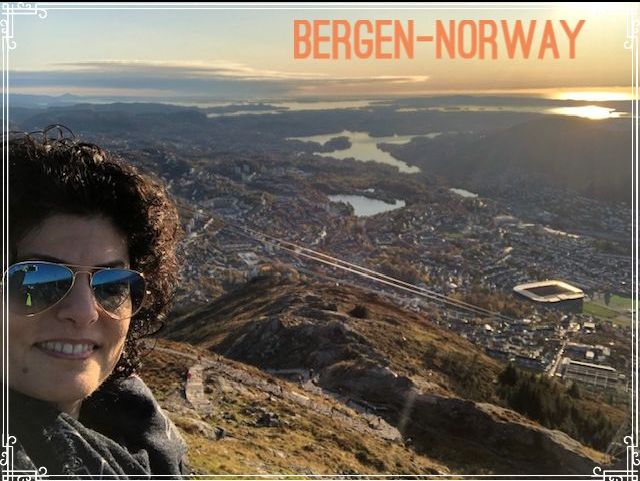 My first stop on my month long trip was to Norway, where I stayed in Bergen. Bergen is a gorgeous city with a diverse landscape.  During my visit, I met with different leaders and visited some friends as well. I was also invited to speak at Credo Church. This church is a dynamic, charismatic church that moves in the prophetic and gifts of the spirit. The meeting I was invited to speak at, was a prayer meeting in the middle of the week. The church ended up having a special meeting where I was given the opportunity to be the main speaker. The Lord led me to teach on the power of travailing prayer. The Lord also gave me a prophetic word to release for Bergen during this meeting. There were around 200-220 people who attended this meeting. The Holy Spirit moved in a powerful way as people came forward to be prayed for. Many were healed that night, and touched by the power of the Holy Spirit. We ended up finishing the meeting at 11:30PM! I (Rania) saw at least 14 creative miracles where legs grew and people’s backs were aligned.

To Jesus all the glory, our great healer!

After leaving Bergen, my second stop was Toronto, Canada. It was a blessing to see my family in Brampton where my oldest sister lives. I had two meetings scheduled during my stay in Canada. One meeting was speaking to a group of young Chinese people at the All Nations House of Prayer. I shared with them my heart about my life journey with God. During this time the Lord lead me also to pray for the sick, we saw several creative healing miracles happen. I also spoke at a Sunday service that had around 150 – 180 people in attendance. I spoke about the prophetic season we are in and the prophetic revelations the Lord is speaking and revealing for the new year. The Sunday meeting was also a powerful time where many came to receive prayer for healing, deliverance, and to hear a word from the Lord. The service began at 10:00AM and ended by 14:00PM. The Lord moved and the Spirit of prophecy was flowing and many received words from the Lord. 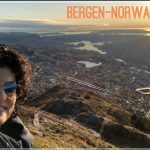 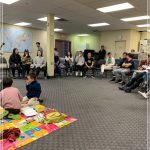 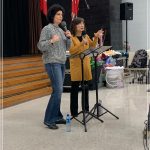 Trip to the USA
After leaving Toronto, Canada, my first stop in the USA was Houston, Texas. I was part of a conference called Global Prayer Alliance (GPA). The vision of this gathering of leaders from around the world was to contend in prayer for a global awakening in the body of Christ around the world. I had the privilege to be invited as one of the Arab representatives with our Jewish family. I was invited to speak twice at this conference, as well as sharing in one of the evening open meetings on what the Lord is doing at HOPE among the women and the young people and about the miracles we are experiencing in this season!

After sharing about Nazareth, the media team that was airing for GOD TV asked me if I can record four segments for them on what God is doing in Nazareth and the healing miracles we have been experiencing. I was blessed to have this opportunity to have these programs recorded to bless the millions who watch GOD TV. We will share some of these programs when they are ready to be aired.

During the conference, I spoke about the revelations the Lord gave me on the midnight cry and what God is asking His bride to do in this season for us to keep the midnight watch and to stay awake. The second message was focused on the shakings that are happening in the Middle East and about the Isaiah 19 highway prophecy fulfillment, as well as the prophetic destiny of the Arab people and their role in the global awakening.

At the last night of the conference, I was asked by the leadership to pray and release an impartation over the people for the miraculous power of Jesus and the supernatural to manifest in their ministries, families, and nations. I prayed for at least 80 people that night. I saw during my time there at least 18 creative miracles happen! 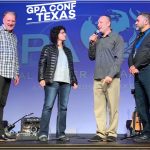 After leaving Houston, Texas I headed to Pittsburgh, Pennsylvania to be with our family and friends, Ray and Renaid Almgren. They scheduled several meetings for me to speak at different churches in the region. I was also invited to minister to the staff of CornerStone TV channel. I was also asked to record two segments with CornerStone TV on the Real Life program. It was a great blessing and such a rich time at the station. We are grateful to the family of CornerStone TV who have been such a blessing to me and HOPE through their financial giving as well as prayer support.

During my time of ministry in Pittsburgh I spoke in 6 churches. I saw the Lord move again with His creative power by seeing many touched by the Holy Spirit, as well as receiving miraculous healing breakthroughs!

I saw at least 25 creative miracles during my time in Pittsburgh. I’m grateful the Lord for His healing hand stretched out to restore and refresh His family there. 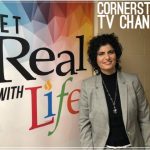 After leaving Pittsburgh, I headed back to Texas. This time I visited Dallas to be part of the Global Prophetic Council (GPC) and the Global Prophetic Summit (GPS) conference with Cindy Jacobs’ Generals of Intercession. I had a great reception in Texas, as I was welcomed by a very good friend of mine Briskilla Zananiri. I was invited for dinner with her friends, and we had a really wonderful time together. We ended up praying for her friend’s healing as she has been suffering from back and hip issues. She had a shortened leg that caused her to limp as she walked. The Lord touched her as we prayed and her leg grew  out! There has been great improvement in her movement as she has been able to go up and down the stairs. This was something she wasn’t been able to do before. It’s such a joy to see the Lord move like this and bless this precious woman through a healing touch from the Lord!

Being part of the GPC, was an enriching experience as I met some amazing prophetic men and women of God. It was also great to partake of the Word of the Lord spoken and experience His presence and the flow of the prophetic. I was asked to pray as the representatives from Israel were asked to come up on stage. We prayed for what’s going on in the land, as missiles where being shot towards the land from the Gaza Strip. We all stood in intercession and prayer for protection and for salvation of Israel and the Palestinian people.

The main prophetic word the Lord kept on highlighting to the prophets was restoration of the family, unity, and a time of restitution to all that has been stolen from us as individuals. We prayed for the church as a corporate body and for a release of great miracles, signs and wonders!