“In just a little while, the wicked will be no more; though you look carefully at his place, he will not be there. But the meek shall inherit the land and delight themselves in abundant peace.”
‭‭Psalm‬ ‭37:10-11‬ ‭‬‬

A Hero from Nof HaGalil.
HOPE’s new premises is in Nof HaGalil, a residential area just outside of Nazareth where Arabs and Jews live together. Amir Khoury (30), a Christian Arab was the first policeman on the scene in Bnei Brak on 29th March.  He killed the terrorist but also lost his own life. Bnei Brak is an Ultra Orthodox (Haredi) town near Tel Aviv. Thousands of Israelis (religious and secular, Jews and Arabs) came to Amir’s funeral. 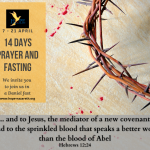